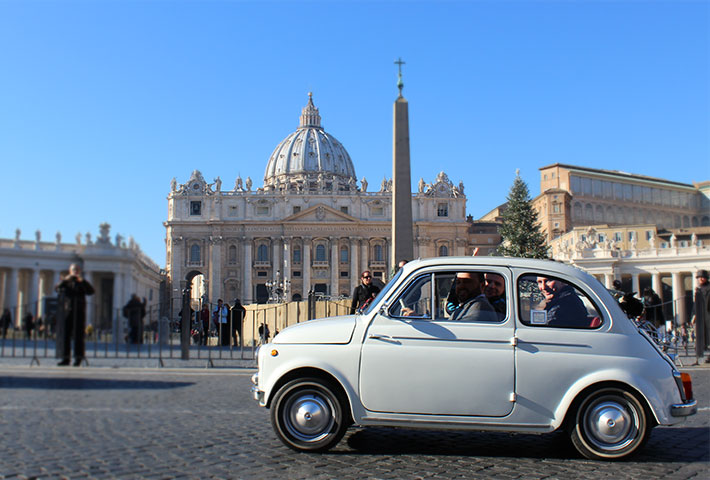 Rome, the oldest worldwide metropolis, center of the biggest empire, western world lighthouse. Rome, cradle of christianity, synthesis of a millenarian art production, most amazing density of masterpieces of art and architecture. Rome new capital and insipration of a new state of antique people, city of Fellini and the Bucatini, of the housewine of the roman castles and of the Dolce Vita.
Rome of Michelangel and of Appollodoro from Damasco, Rome of Augustus and Sistus the 4th, Rome of the bloody arena of the Colosseum and of the Janiculum wisterias.

An ideal excursion for grasping, or evoke the soul of the eternal city, between the Colosseum, the Fora, Trevi Fountain and the Vatican.
The perfect tour for newcomers and for anyone who wants to relive the magic of a beauty that belongs to the World.