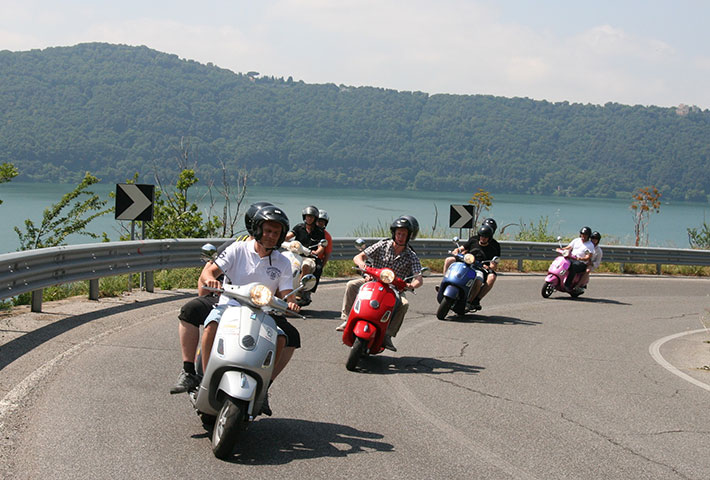 Only half an hour from Rome, the Castelli Romani area, area is, since thousands of years, a place of recreation and picnics for the Romans, Popes… included.

The whole area, volcanic originally, has played since the early days of Rome, of considerable importance. Virgil, in the Aeneid, the Romans constructive identity tale, relives the epic story of Aeneas, who fled from Troy to establish is birth in the ancient city of Albalonga (Albano today), same birth that reaches up to Romulus, Rome foundator.
The Romans, in the historical period, used to celebrate triumphs and consulates with a long pilgrimage on Mons Albanus, now Monte Cavo, during the period of the Ferie Latine, between January and March. Emperors like Caligula or Domitian, used to stay more time in their magnificient dwellings on on Lake Nemi and Castel Gandolfo  than in Rome.
The charm of this area, still survives today thanks to the beautiful towns like Castel Gandolfo, the summer resort town of the Popes, Grottaferrata and its ancient Greek Abbey, Nemi and its mysterious lake. Everything sorrounded by a vast areas covered in vineyards. An half day experience that enriches, a lot, your stay in Rome

All tickets and reservation fees are included

Squares and Fountains – best of Rome